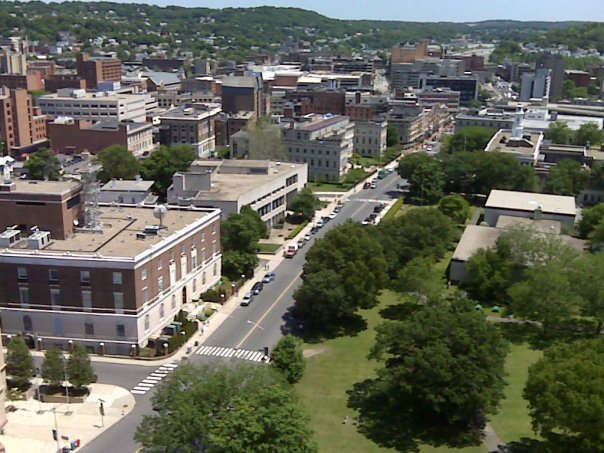 The original settlement of Waterbury dates back to 1674 and the city’s name is reference to its proximity to the Naugatuck River and its many tributaries which flow through the heart of the city.  Like many New England “river and rail” cities and towns, nineteenth-century industrial development created a vibrant local economy, jobs and great wealth, leading to Waterbury’s position as the “Brass Capital of the World” and earning Waterbury the nickname “Brass City.”  Like our ancestors before us, Waterbury today is tapping into its creative energy to forge a new future, as we turn back to our creative roots, natural resources and geographic advantages to move forward. 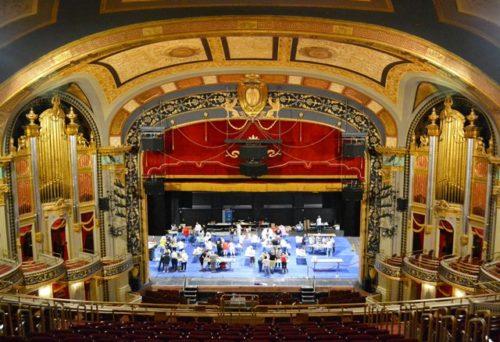 The City’s Naugatuck River Greenway project, which runs along the Naugatuck River and will make pedestrian and bicycling route connections to the Train Station, was recognized in U.S. Secretary of the Interior Ken Salazar’s America’s Great Outdoors as one of the 101 most significant projects in the country. In September 2012 the City in partnership with the Greater Waterbury YMCA hosted Waterbury on Wheels — a first-time event aimed at promoting bicycle use within the City for recreation, alternative transportation, and physical health. The event celebrated the efforts to build the 44-mile long Naugatuck River Greenway, to raise awareness to the community that streets and roads are available to all kinds of transportation, not just cars, and that City residents need to walk, bike and move.

Whether you’re looking to enjoy a Broadway play at the historic Palace Theater, take in an art exhibit at the Mattatuck Museum, travel through time at the Timexpo Museum, or hit the fairway at one of our courses, Waterbury has something for you.

Did you find apk for android? You can find new Free Android Games and apps.

Lori Kehoe has been KeyPros Luxury Homes, Broker Owner since 1996. Over 20 years personal experience in Real Estate, Her strong negotiation skills, continued education and attention to detail are key … END_OF_DOCUMENT_TOKEN_TO_BE_REPLACED

My website offers information on home availability in Connecticut, including MLS listings, photos, information and more.. This real estate web site is designed to provide you with the latest real estate market information featuring a real estate search that will allow you to search for local area homes just like Realtors do. My website will now search over 92% of Connecticut. Your search here, makes available homes from the Connecticut MLS and the Fairfield MLS ( a special feature that most companies do not offer). Everything you need to know about buying or selling a home can be found here on my Web site! As the preeminent real estate professional in my community, I am dedicated to providing the finest PERSONAL service available while breaking new ground. Because the industry is … END_OF_DOCUMENT_TOKEN_TO_BE_REPLACED